KORXX since 1887. A traditional company

An instinctive understanding of the quality, safety and design of natural toys runs deep in the Kuch Family, which first developed and now designs and produces, the line of Korxx products. Acting creatively and responsibly, the Kuch family has worked with quality wood and natural products for many generations (since 1887). It has always been the family’s aim to develop products of the highest quality.

Patricia’s husband, grew up in that old carpenter family and in his childhood he used to play with cork blocks in the carpenter manufactory. In his childhood he had already gotten to know the qualities of cork as it was used in the carpenter’s daily work. However, as a child, he realized very quickly that the cork grinding blocks the carpenters used, were much too fascinating for the mundane grinding purpose they served in carpentry. In his opinion, a much better use for these blocks was to create ridiculously tall, yet surprisingly stable towers and other buildings.  This ,of course, was not “amusing” to the working craftsmen! When he got married and became a father, he shared some of his childhood memories his wife Patricia.  Of course these stories included his grandiose and gigantic cork block structures, of which he had been so proud as a child, and which, according to him, had astounded the adults. After he had told this to Patricia and once she had seen and experienced the blocks on a visit to the old factory, the Korxx story began – the incredible KORXX building blocks were reinvented and further developed in a creative process with the entire family. 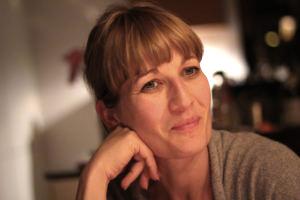 "When I was a child, I only played with things that were available in nature. I hardly knew of any prefabricated toys. Even my doll and my cuddly toys didn’t come from a shop.  My mother made all of them for me. My father passed away when I was 2 years old. Being widowed and single, my mother, who was a nursery teacher, was fighting to make ends meet for us. She tried to provide balance for me through spending time in nature and with horses. The most important lesson I retained from my childhood: Only the things you made yourself have real value.

When my husband told me about the old box of wood and cork scraps from his childhood in the carpenter manufactory, something clicked for me:  This box of cork blocks would be the right kind of toy for my son Louis.

First it was just a sponteneous idea: building blocks made of cork for Louis, simple and uncomplicated. I noticed the repeated sense of achievement he experienced with the cork blocks and how he was playing with them every day. Then we had the idea that this should also be made available to other children. The experience that influenced my childhood the most — playing with unrefined natural materials — became the vision for a marketable product. "

Louis was born in 2007. I couldn’t avoid considering certain questions anymore. What is this world we live in doing to our son? How we treat the environment and the negative impact of chemicals on nature gained even more importance for me. I also saw commercialism and over-abundance in the nursery and observed something: the more pre-fabricated a product is, the more limited is the value of play for the child. In consequence: if a thing is more basic, the child’s engagement with the toy increases."